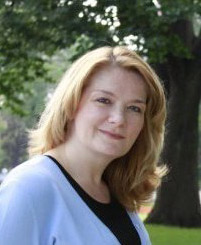 Stephanie was born in El Paso, Texas but was raised in upstate New York. Stephanie attended Valley Forge Christian College with a concentration of Youth Ministry and church music. Stephanie is married to our Senior Pastor and is the mother of four wonderful children: Brooke, Siera, Chase, and Ashton. Stephanie feels strongly that if she fails to raise her children in the ways of the Lord the rest of her efforts really don’t mean anything. Her family is her first priority and she encourages the Music department to put their loved ones first as well.

Stephanie has been involved with music since she was a young child and has been blessed to be involved with too many productions/concerts/special music events to count. Stephanie loves to worship and to lead people into the presence of God. She is a gifted vocalist, mentor, and leader. Stephanie agreed to step into the role of interim music director when the position became vacant in April 2010 as requested by the Board. Stephanie will continue to lead this fantastic group of dedicated worshippers until God sends a Pastor to fill this position.