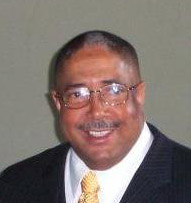 After graduating from high school in 1969, Gerald and Phyllis were married and then moved to Washington, D.C. Gerald was drafted into the military and served in Vietnam where he began using drugs that controlled his life for 18 years. In 1989, he entered the Teen Challenge Drug and Alcohol Rehabilitation Program where Jesus Christ saved him and delivered him from drug addiction. Soon after, God restored Gerald’s marriage that had almost been destroyed because of his addiction and then God called him to preach the Gospel.

Gerald is an ordained minister with the Assemblies of God. Currently, Gerald and Phyllis are active members of First Assembly of God in Alexandria, VA, where he is the Church Evangelist. He serves on the Executive Board of Directors for the Teen Challenge Ministry in Capitol Heights, MD. Since 1993, Gerald has been involved in Prison Ministry in the US and abroad; he served as Prison Coordinator for Teen Challenge for a year. He ministered to 400 staff and students from 12 TC centers for men, women and adolescents in and surrounding areas of Boston, MA. In 2009, Pastor Gerald was chosen by the Assemblies of God National Evangelistic Office Headquarters in Springfield, MO to speak at the Evangelistic Conference to Evangelists from all over the country at Valley ForgeChristianCollege in PA.

When Evangelist Mayhan is not preaching in prisons, he is holding revivals and camp meetings in the Washington Metropolitan Area, and in over 15 States: West Virginia, Maine, Massachusetts, New York, Pennsylvania, Ohio, Connecticut, North and South Carolina, Georgia, Tennessee, Florida, Arizona, Louisiana, California and Utah. A few years ago, he was blessed to preach in Israel. Since 1996, he has led 14 missions’ trips to places such as the Navajo Nation in Gallup, New Mexico; to Ghana, West Africa, to the Caribbean countries of Antigua, Dominica, St. Lucia, Barbados, and Jamaica; and to the Central America countries of Belize and Guatemala. In spite of all the places he has preached, “Street Ministry” remains his priority. Each year, numerous Street Meetings are held in Washington and Alexandria, Virginia, as well as many other cities all over the country where many souls have been saved.

Evangelist Mayhan will tell the world that he is not the same, but he stands on II Corinthians 5:17: “Therefore, if any man be in Christ, he is a new creature, old things are passed away, and behold, all things are become new.”